Larry Lee Wandrey, 76, of Madison, MO, passed away surrounded by family on January 3, 2022, at the Hannibal Regional Hospital. Larry was born on July 19, 1945 in Schaller, Illinois, to Edwin Wandrey and Maxine Purucker. He graduated from Madison High School he later went on to accept a position as a painter with DuPont.

Larry was married to his first wife, Beverly for many years until she passed in 2015. He was then so blessed to find Diane and share the remainder of his life with her, the two were wed on June 20, 2020.He was a member of the Zion Lutheran Church and was a very active member of the Lion’s Club in Madison, Missouri.


Larry enjoyed Quails Unlimited and was an avid hunter, which led him to try his hand at taxidermy and it quickly became a hobby. He became a known taxidermist around Madison, MO, doing many jobs for friends and family members in the area.


Arrangements are under the direction of PATHWAY-MILLARD Family Funeral Chapel, 411 Union Avenue, Moberly, Missouri 65270 (660) 263-7284. Condolences may be left online for the family at www.pathwaymemorial.com

To plant memorial trees or send flowers to the family in memory of Larry Wandrey, please visit our flower store.

Larry was my classmate, class of '63. We were all very good friends. Larry and I (mostly Larry) brought the house down with our on-stage kiss during our senior play. So sorry to hear of his passing, special thoughts and prayers to Kay and Bill. Kay was a music friend in high school and both were good friends to my parents through the years. So sorry for your loss.

So sorry to hear of Larry's Passing....RIP my friend!

My mom grew up with Larry and Beverly. Larry was a great athlete and musician. I always enjoyed the times I got to spend around their family. He will be missed but not forgotten.

I am so sorry for your great loss.

A candle was lit in memory of Larry Wandrey

So sorry to hear this. Having problems walking so unable to be there. Sending prayers and love to family.

A photo was added for Larry Lee Wandrey 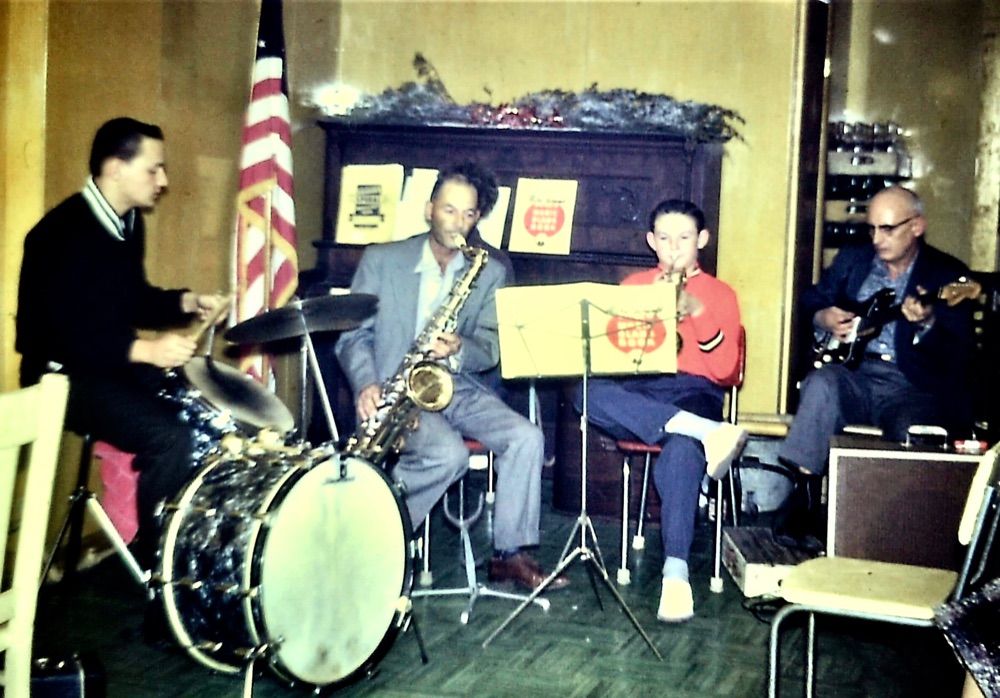 In the 8th grade at Madison school Larry was my very first boyfriend. He and his parents had a band and played regularly at the Wayside Inn in Moberly. I was fortunate enough to have accompanied them on several occasions to hear them play. He will certainly be missed by all who knew him.

We were able to share many fun times with Larry and Beverly at our class of '65 reunions through the years. They were also neighbors of my Mom and Dad, Bob and Betty Mackler when Bryan was born. There were some hilarious "neighbor"stories that Beverly used to share! Our condolences to all the family. James and Barbara Mackler Robertson

Larry played drums in my rock band (The Cobra's) in the late 60s. He was very talented and had a great sense of humor. RIP

Text me the address

Text me the address